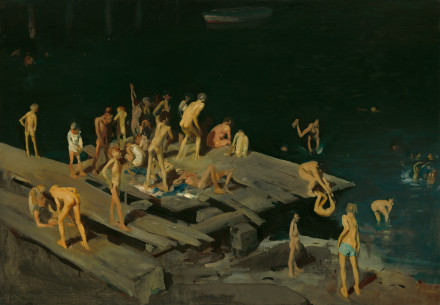 You came across a large group of kids playing about on and jumping off a derelict pier. You were walking along the path through the park as you do. The one that takes you along the outer reach of the park and exposes you to the ocean at times behind the thick vegetation. On days when the weather permits, like today, you prefer taking a slow walk up and down the path. You enjoy the songs of the finches and crossbills, and seeing the blues of male kingfishers in the sun. It helps you with your thoughts. Nature keeps you kind company as you wrestle internally with the eternal question. Today, you sat at your preferred bench. It proffers all the Flânerie the most-stunning view in the park to your mind. Yes, most like “Off Punk,” a point on the bayside of the park which gives the viewer a stunning look out at Hemlock Bay and the skyline of the city. Towards night is the best time to view. But everyone knows this. That is where the dilettantes and uninitiated visit and crowd around before park hours close. But here, on this nameless bench when the wind blows just so to push the cedar branches away, you can see down the slope at the brush below, which bleeds into the long beach shore that hugs the coast, and past it rise the crafted red and grey rock walls shaped by erosion of the vast blue ocean stretching out into the great beyond. Verily, there at dusk, no sight can best it. The rocks focus the eyes towards the horizon where, on certain days in the spring, the sun sets just so beautifully in line of your view. The daylight fades, triggering the colors in the sky to turn like leaves in autumn and reflect off the waters below. It all culminates to some unmeant telling moment, intensified by its transience. You capture this portrait for only a second or less at a time as the wind dies back down.

But today, you didn’t have the time to sit and wait, and it wasn’t spring. You only sat to catch your breath. It became a tiring walk up the incline towards that perch. As you rested with your thoughts, you heard noises. At first, it was curious, for you could not locate the familiarity. You looked around, but saw not another faces. It was communal like the birds. Sounds of distant play. But it was all too human. You got up from the bench and followed the calls. You realized they were coming from off and below the path, down towards the shoreline. You reached a certain point and left the trail, pushed your way through the shrubbery and came near the cliff’s edge. And there, to the east, you saw them. The children at play.

You counted thirty or forty so. They collected around the ruins of the abandoned pier as bees around an exposed nest. A great hive of spirit at play before your eyes. Some dove into the waters splashing those already in. Two of the bigger ones were swinging little ones in sequence. The Heaved swam back to the broken pier and pulled themselves up. A dark trail of saturated water formed on the deck stretching from the point of their reentry all the way back to the two Heavers. It was a whole organized state of affairs. An unspoken competition of frolic at work to see who could be flung the highest and farthest. Some lounged on the discolored boards, whose remnants of green paint withered to the edges and corners where agency and time had not yet effected them; their skin grew pink or darker in the sun. One relieved himself on a section of the pier where the boards had been removed exposing the ocean below. Another smoked a cigarette. Some were clothed. Others were not. Others more were transforming from one state to the next, or the latter to the former. A mix of fully-formed and maturing adolescents acting as it came to them on a sunny day in summer. This boho leisure class enjoying their current state, appearing to have slipped the bounds ever so briefly, to have escaped the atmosphere and felt the great beyond before retrograde clasped on and pulled back hard. To do so, though, is illusory. For appearance is all that there is. But it was quite beautiful to view, you know, perhaps (though not only) because it was so fleeting. 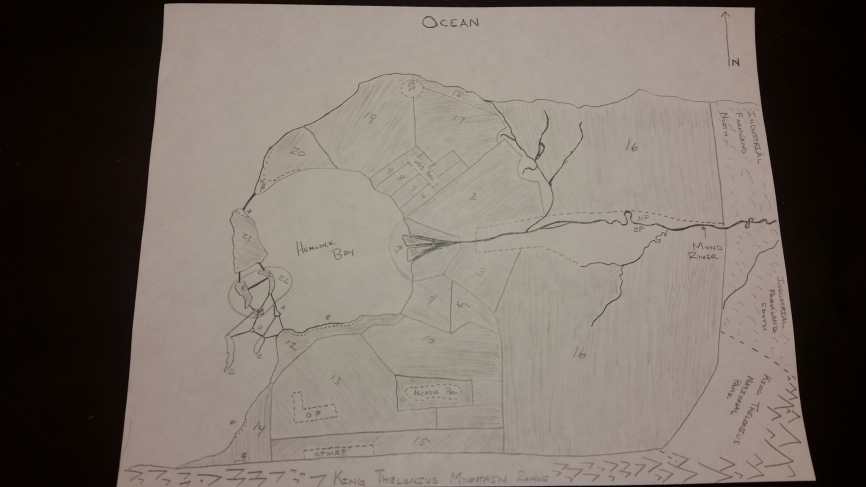